Alapomeji Ancestral Records and Nigerian veteran singer, 9ice has finally released his highly anticipated Album, the 1st episode of the “Tip of the Iceberg.”
The project “Tip of The Iceberg” consists of 11 tracks including collaborations with Olamide, Reminisce, Wande Coal and Baba Hafusa himself.
Before dishing out the complete mixtape, 9ice previously served one of the tracks on the project, “Oja Majemi” which featured Olamide and Reminisce and it was met with good reviews from fans and critics. 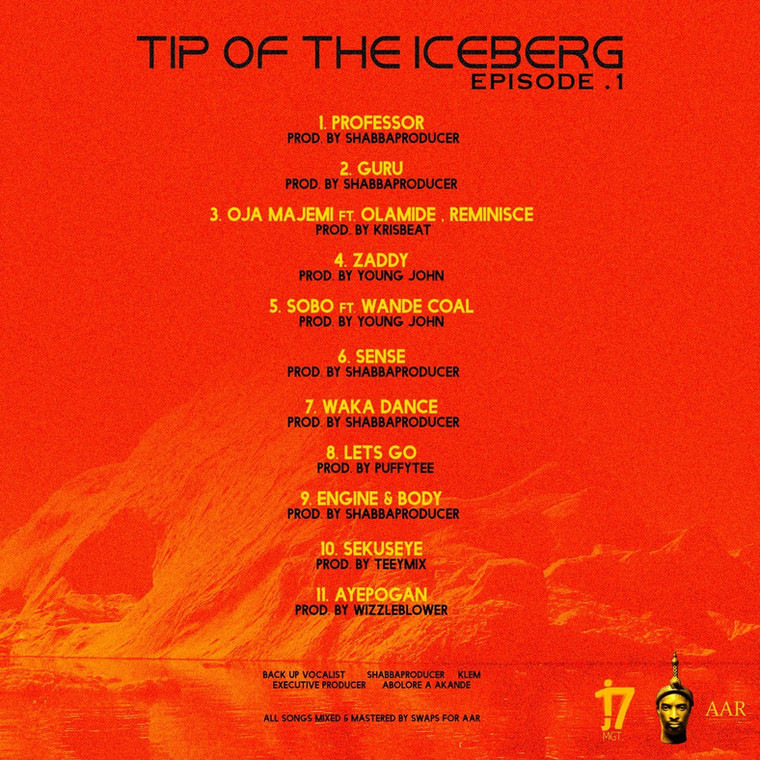 When Olaitan Much Music (The Plugger) discussed the Project with 9ice, he stated “When I decided to do this Album, I wanted to give my fans something different and special, given the times we’re in”.

Listen to the tracks here

9ice celebrated his 40th birthday on Jan. 12, together with 20 years in the music industry in the year 2020. The Legendary artiste who has won several awards from Mtv MAMA award, Mobo and Headies to mention few of his accomplishments is out to surprise us all With production credit from Krizbeatz, Young Jonn, Puffy Tee, Tee-Y Mix and others..